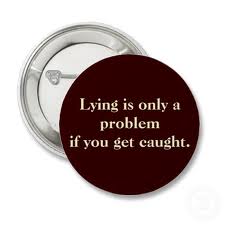 As I was looking at the assignment sheet I glanced down to see that my father had been assigned to today's article.  I was a bit confused since my father doesn't write, and the boss doesn't even know my dad.  Well it didn't dawn on me until a few days later why he was assigned.  Today is Big Whopper Liar Day.  Every day I go watch Judge Judy with my dad.  If you have ever watched her show you will know that she will tell every parent involved in a suit with her child that kids lie.  Then it hit me like a light bulb going off why my dad was assigned to this story.  I just couldn’t imagine that the boss would think I would actually tell a lie to my daddy!!! Of course if my dad was writing this story it would turn into a novel, so to save time and space, I thought I should take it over. 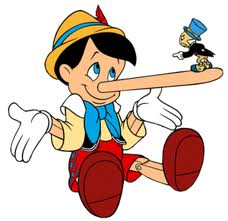 The first thing I thought of when I saw the name of the day is of course Pinocchio.  The most famous liar ever! In case you don't know about him, he is a wooden boy puppet who wants to be a real boy.  The blue fairy will grant his wish, if he can show he can be a good boy.  Well he starts to tell lies, and each time he does, his nose grows until before long he has a tree on his face!
Another thought I had is the movie Liar Liar with Jim Carrey.  In this movie Carrey plays a lawyer.  His son makes a birthday wish that for one whole day his dad won't be able to tell a lie.  Wellbeing a lawyer, this guy finds it incredibly hard to do. 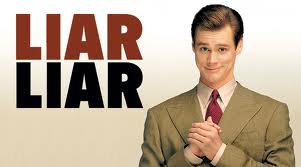 Every 3rd Saturday in September since 1988, men and women have gathered in New Harmony, IN to celebrate the tall tale. The event was started by local trickster Aubry Robison, Jr., but after his death several years ago, Fleming took over the helm. About fifteen contestants take the stage in front of a crowd of maybe 400. They get four minutes to spin the most incredible yarn they can come up with. A team of judges award points for exaggeration, humor, stage presence and storytelling ability. This event, which will cost contestants and spectators alike $5 to enter, is now a part of Kunstfest, a weekend-long German period festival.
I have been looking all over to find the Best whopping lie for you, visited several sites, Best lies ever told by parents to their kids, best lies told to parents from their kids, Best lies to get out of work, even some lies from previous liar contest winners.  There are Political lies, there are hoaxes and april fool's pranks.  There are fables and tall tales. I ended up on a site called "the 10 most inventive lies ever told"  I dont know if they were listed in any order, but the winner in my book was for a movie.  This movie was released in 1999, and I must not have been a big net surfer at the time, because I wasn't informed about it before I saw it.  What I thought was a documentary was really something else.  It was about several college students doing research out in the woods....don't remember all the details about it, only that it scared me silly!  It wasn't until later that I was informed that it was not real, just a movie!  Do you know which one I am talking about?  The Blair Witch Project!  Even though the whole thing was a lie, I believed every word of it....so they did a great job of convincing me! 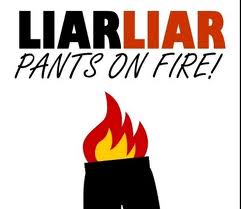 Check here for the rest of the top 10 list:  http://www.elistmania.com/juice/10_most_inventive_lies_ever_told/
While I don’t want to encourage you to lie to someone,  maybe you can come up with a "tall tale" or something and see if you can make a believer out of someone else!
at September 17, 2011